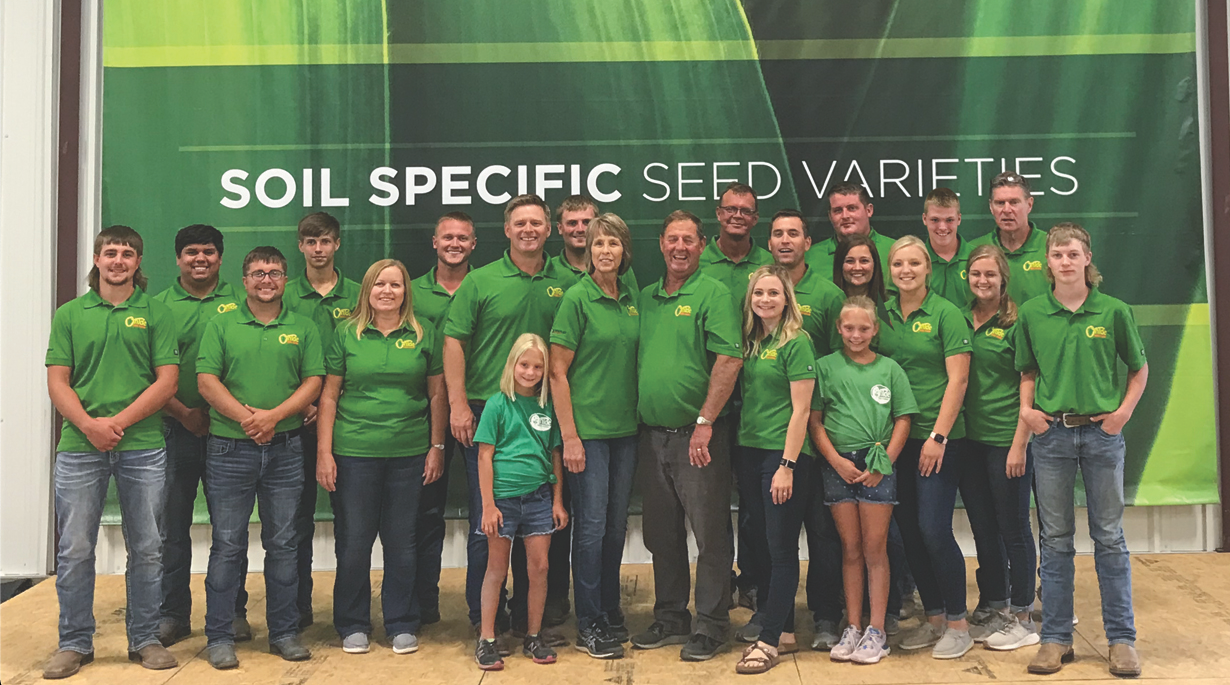 In 1947, when Raymond Ohlde grew his first certified seed crop and founded Ohlde Seed Farms, there were literally hundreds of seed companies based in the United States. The proliferation began after World War II, in conjunction with improvements in hybridization and the movement of plant breeding programs from the state agricultural schools to independent seed companies.

However, beginning in the 1960s, a few larger seed firms began to purchase smaller companies — primarily to acquire strong hybrid traits. More recently, following a Supreme Court decision that allowed patents to be granted on genetic coding, companies that have no historical interest in seed production, including chemical and pharmaceutical companies, have been purchasing a number of seed companies. Today, few of those smaller seed companies remain, and corporations now own many of those large seed companies.

Through it all, Ohlde Seed Farms has not only survived, but also prospered and expanded. That’s due in part to the fact that Ohlde Seed Farms is dedicated to providing simplified solutions that enable our customers’ operations to succeed. We do this by offering products that combine the best global trait technology with localized research to ensure that each seed variety has been thoroughly tested in your immediate area.